I got to design and build version 2 of syntjuntan's sewable synthesizer circuit. For this version they wanted to add an on-board amplifier that could drive a passive speaker element.

The circuit now has three schmitt triggers and can run on 3-12V. The amplifier is the classic LM386 and the connector pads around the board are made to fit needle and conductive thread as well as being crocodile friendly.

There are some options as standard through-hole soldering pads (a fourth schmitt trigger and x10 extra gain). The circuit can also be used as a standalone audio amplifier - just ignore the schmitt triggers and connect your own signal to the in pad.

Anyway, lots of fun mass producing this and in the process I learned how to do hot-air SMD soldering with stencil and solder paste plus got to know KiCad a bit better.

I also built a test rig with an Arduino and some pogo pins. It both scans for short-cuts and tests the sound. 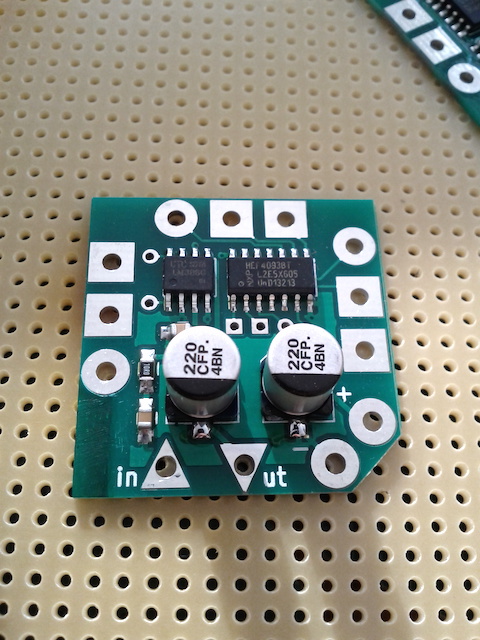 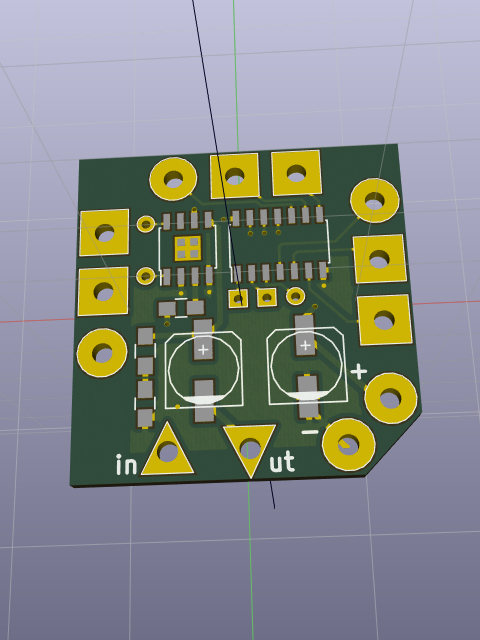 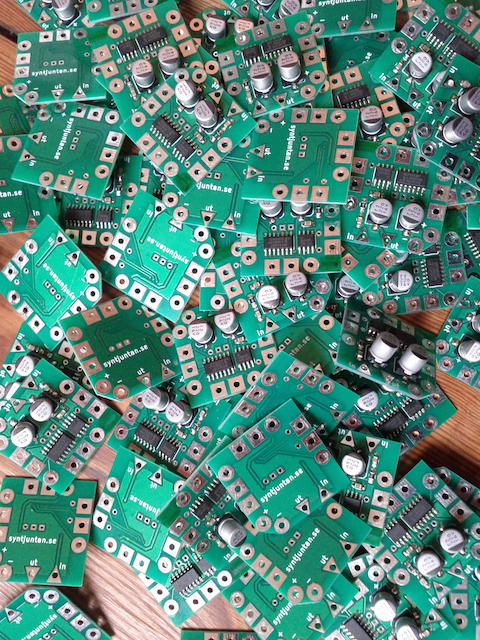