This documents a repair of a Cyton board. The board would turn on and kind of work but one couldn't upload new firmware to it.

I localised the issue to the RFD22301 (aka RFDuino) module. To desolder it from the board I used some rose's metal - a material with low melting temperature (94°c) - and then put on new temporary pins to a few pads and put it on a breadboard. 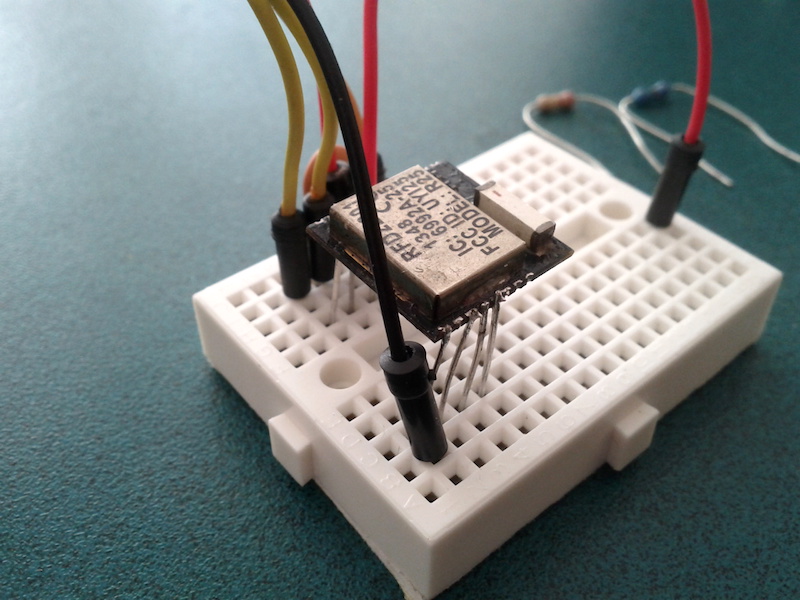 The module sort of worked but it still wouldn't be programmed. After lifting the metal shield and checking all the connections, I found a broken trace from the chip out to the rf_rxd pad (gpio0/aref) on the module. Tracing the fault a bit further it turned out to be a broken via. I tried to refill the via with solder but it was just too small to repair. So I ended up adding a thin copper wire directly from the pin to the pad and wrapped it in some Kapton tape for isolation. 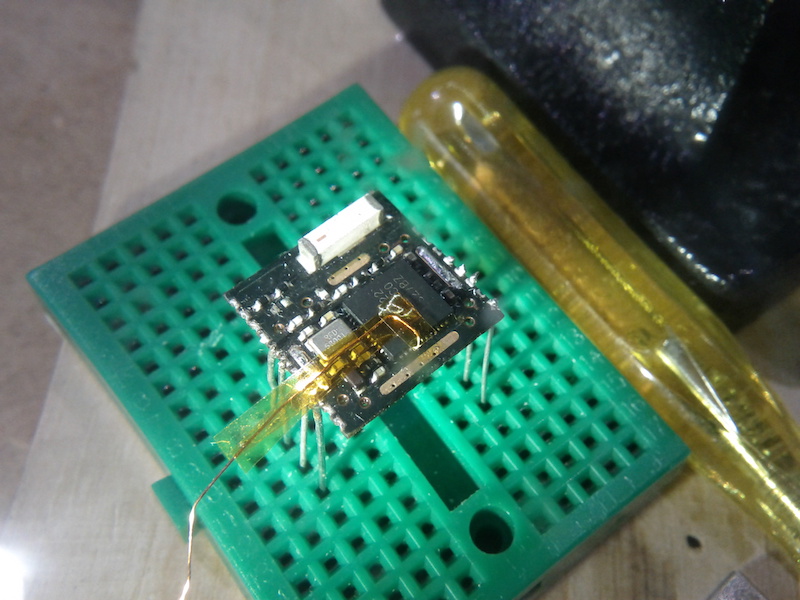 I had to cut out a slot in the metal shield so that my wire could get out without getting squeezed and shorting to ground. It doesn't look pretty, but the module now worked and I could finally upload new firmware. And after soldering the shield back and putting back the module, the Cyton board worked again. 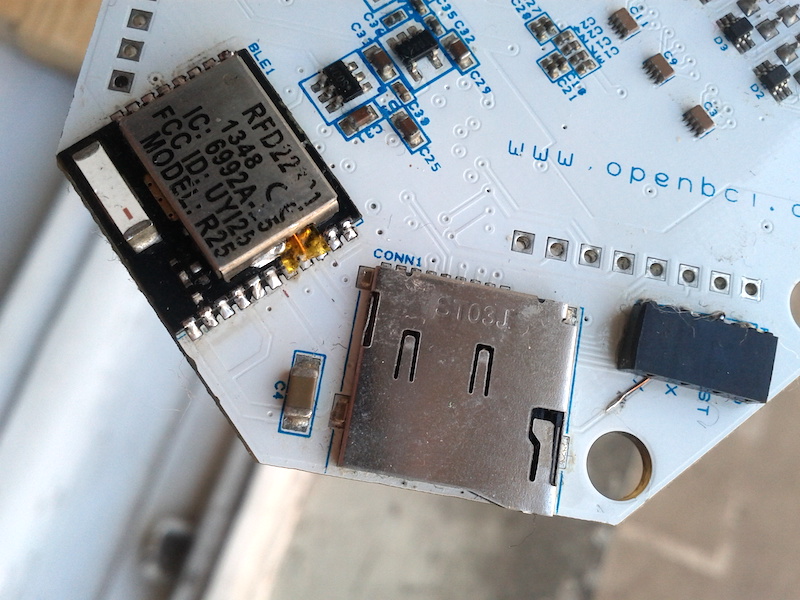 I also repaired a broken trace on one of the serial lines. It's visible on the right-hand side in the photo.