This is my all-round receiver for wireless controllers like redUniform and redThermoKontroll. It's a rebuild of my previous redUniform-master. I generalised it, added some buttons, switches and LEDs and put it into a proper box. I also removed the on-chip ceramic antenna on the Mirf transceiver and replaced it with a socket + a 4inch duck antenna. Now the range of the system is much greater.

The buttons I will use either as additional controllers or as backup controllers if a transmitter fails during the performance. The 4 LEDs are independently controlled and I imagine using them for visual feedback. Usually, I perform with the laptop hidden in the back and the laptop screen turned off. The LEDs will help to discretely show the status of the piece (form, section, sensor activity etc). 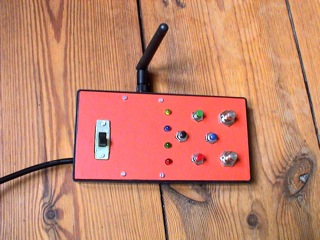 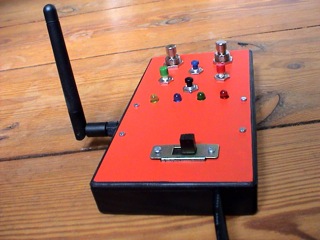 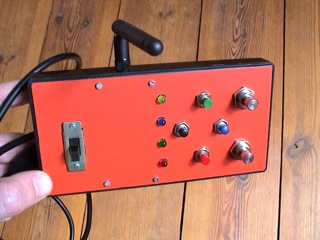 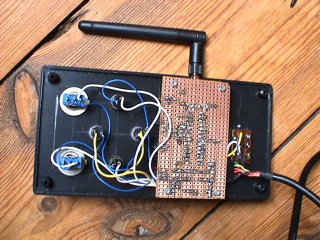 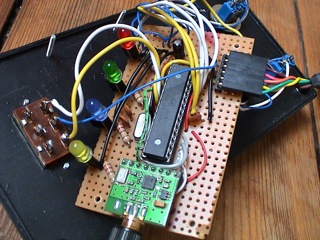 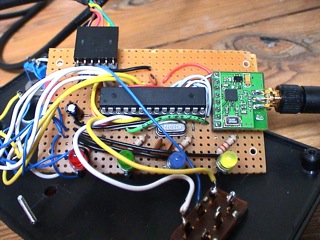 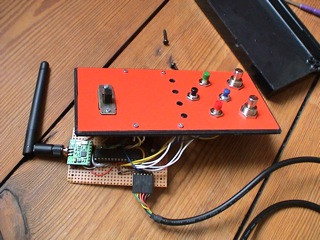 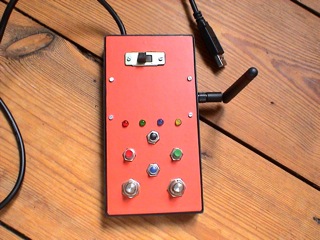