I recently made my first short video for Skare. We like to make things a little bit complicated for ourselves and we also have a hook up on ice, snow and all other variations on cold water.

First - to get some cheap audiovisual correlation - I put an old CD in the freezer for two weeks. Then one night I took it out and placed it over the bass element of a speaker. As the piece of plastic slowly adapted to room temperature, I let it vibrate to the deep fat bass found in the track 'To the Other Shore' (released on glacial movements). This was all filmed twice, close up and in night shot mode.

I then wrote a little MaxMSPJitter patch that mixed the two takes, matched it with the audio file and saved the whole thing to disk. The resulting video is on http://www.inhospitable.se/skare/.

Screenshot of one of my uglier patches... 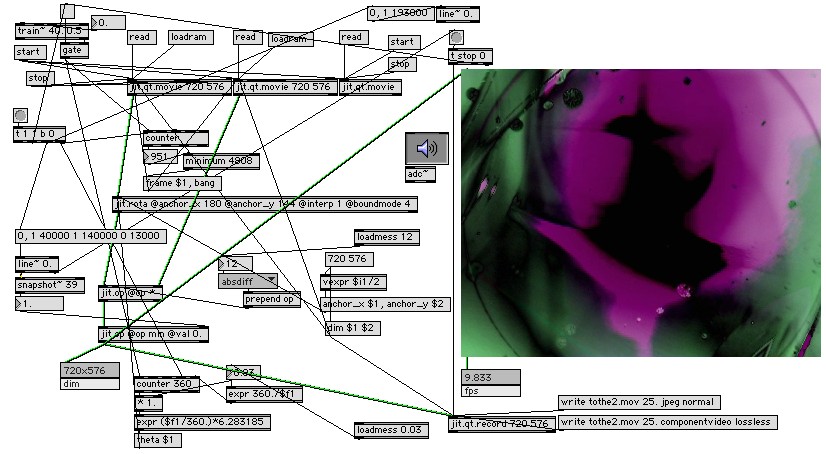