Here is a very simple and useful tool that can be built out of a small solar cell and an active speaker (headphones also work). This tool translates light into audio and will allow you to hear how much certain LED or fluorescent lamps flicker. It can be used to test and figure out the quality of LED lamps, learn about PWM dimming and also be a fun way of generating sounds.

My solar cell came from a broken calculator and the loudspeaker (roxcore) I had since before. The speaker is active i.e. it includes an amplifier and a battery. I simply glued a 3.5mm audio connector to the back of the solar cell and soldered some wires so that the + and - from the cell directly connect to the TIP and GND of the 3.5mm audio jack. One could also add a capacitor in series to remove the DC offset, but I trust that the speaker has one built-in.

Note: check that your solar panel is not generating too high voltage. Mine outputs ~3V maximum and that is okay. Bigger panels usually output 6V or 12V and that might damage your speaker.

The resulting sound is most often a 50Hz hum, but it can also be much more complex and interesting with harmonics, noises, chirps and clicks. The worse LED or fluorescent light fixture the better the sound. Old tungsten and halogen lamps produce a constant voltage (DC) so the result is only silence. 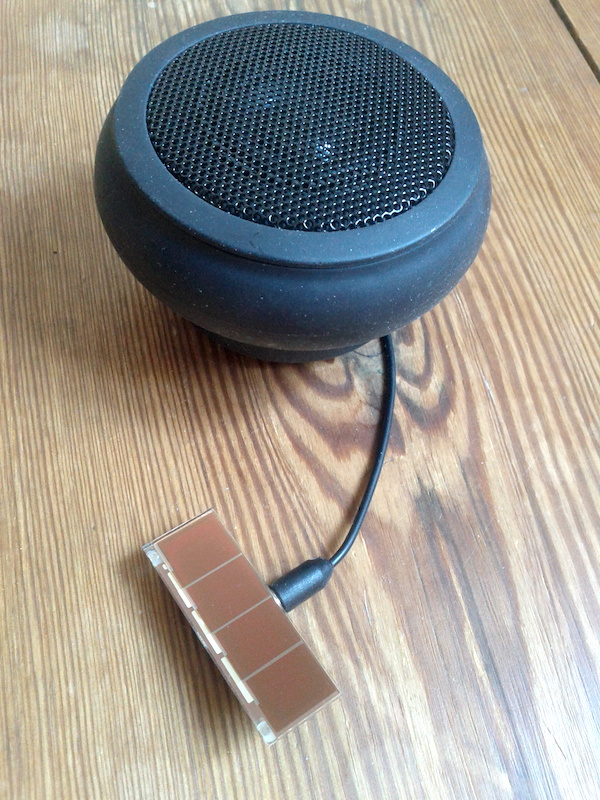 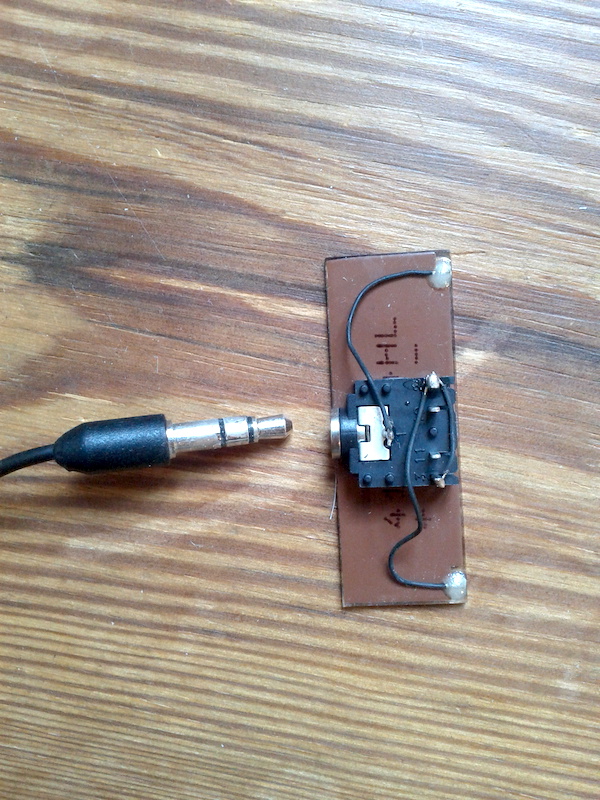