For an upcoming performance, I've revisited the electronics for my redUniform piece. My old setup used a Nordic nRF24L01 wireless chip but now I changed to WiFi and the Adafruit CC3000 module.

The circuit is minimal and simple. It's just the CC3000 WiFi module, an ATmega328, a 16Mhz crystal, an on/off switch, one 1000mAh Li-ion and last two 6p connectors for the sensors.

The sensors are two modified minIMU-9. 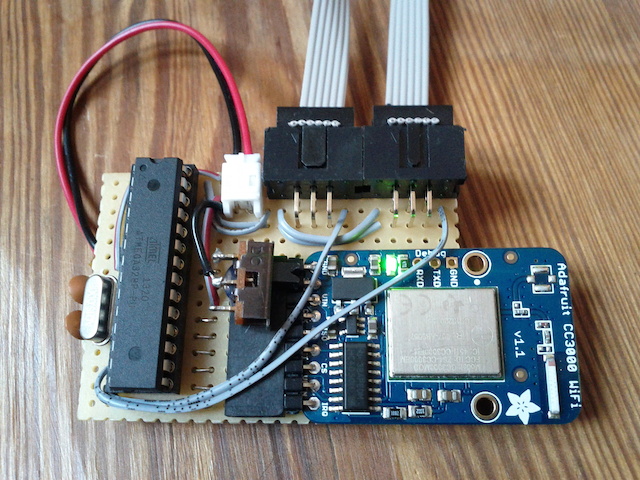 With the battery fully charged I had it sending OSC data at 50Hz for more than a whole day.

Attached are schematics and Arduino code for reading sensors via SPI. The code shows how to talk to the CC3000 and send sensor data via OSC.